The second installment of the RAAC Reading Series will be held on November 9, 2019, at Quievremont Winery (162 Gidbrown Hollow Rd #335, Washington, VA 22747). The event is free and will include light hors d’oeuvres; wine will be available for purchase. A social hour will begin at 7:00 p.m. The readings will begin at 8:00 and last for approximately 1 hour. 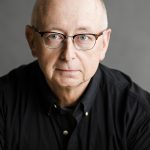 Clifford Garstang is the author of a novel, The Shaman of Turtle Valley, and two collections of short stories, In an Uncharted Country and What the Zhang Boys Know, which won the Library of Virginia Literary Award for Fiction. His new short story collection, House of the Ancients and Other Stories, will be published by Press 53 in May 2020. He is also the editor of the three-volume anthology series, Everywhere Stories: Short Fiction from a Small Planet, and the co-founder and former editor of Prime Number Magazine.

He holds a BA in Philosophy from Northwestern University, an MA in English and a JD from Indiana University, an MPA from Harvard University, and an MFA in Creative Writing from Queens University of Charlotte. His work has appeared in numerous literary magazines, including Bellevue Literary Review, Blackbird, The Hopkins Review, Cream City Review, and Whitefish Review. His book reviews have appeared in Virginia Quarterly Review, Shenandoah, Rain Taxi, Washington Independent Review of Books, and elsewhere.

For many years, Stephanie Slewka was a journalist, producing and writing for radio, print and television. Her career started at a pirate radio station in Belgium, where she moved from Culpeper at a young age after her father died. Returning to the US after college, she wrote for The Hearst Newspapers, Life Magazine and others. he worked on films that have aired on PBS, BBC, ESPN, ARTE and national European networks. She edits non-fiction manuscripts and the storylines of documentaries. Recently she has been writing—excruciatingly slowly—about a family member who worked on reservations throughout the West for the Bureau of Indian Affairs.

Emily Hancock is a writer and small press publisher in the Blue Ridge Mountains of Virginia. Her poems have been published in several literary journals (including The Greensboro Review and Appalachian Journal), and collected in three books: Soundings (2014), The Open Gate: New & Selected Poems (2017), and Cairns (2019). She is the proprietor of St Brigid Press (stbrigidpress.net), where she creates limited edition letterpress chapbooks and prints, focusing on poetry and nonfiction. Her letterpress editions have received numerous accolades and are housed in private and special collections in the US, UK, and beyond. She lives with her family on ten acres of woods and fields in the beautiful Rockfish Valley.