Like theaters all over the world, our theater halted production and closed its doors soon after the onset of Covid 19. It was the safe and prudent thing to do. But it left a big hole, for our audiences and for our actors and crew who so enjoy acting in and producing plays.

After a while – – and it was too long a while – – it became quite clear that we had “to do something!” What that something was and how to do it were not quite so clear. There are stories aplenty to be told about the process that ensued. But for now here are just a few words about what we chose to do, this remarkable play by Anna Deavere Smith.

The twenty characters in “Let Me Down Easy” are, or were, real people. All the words in the play are their words, even the “uhs”, the “ers”, and the other sounds we make when we are talking “off the cuff”. Ms Smith collected their words in lengthy interviews which she conducted, often over several days or even over a period of years. We don’t have the entire interview; but we do have enough words to provide an insight into a person, or an idea, or both. It’s an insight that can be moving, or informative, or amusing, or a thoroughly human admixture of them all.

“Let Me Down Easy” opened in 2009 and was the fifth in a series of similar plays written by Smith, the initial productions of which were one-person shows featuring Smith herself. She is an accomplished actor with a distinguished career in addition to being a brilliant playwright. She is also a self-proclaimed mimic to which she added the clear advantage of familiarity with the characters she presented. Though some of the characters are public persons, some are not. We, the current actors, had to find the person, or persona, that fit the given words. As Michelangelo said about his sculptures being present in the marble block, Smith might say that the character is present in the words.

Wikipedia lists fourteen songs titled “Let Me Down Easy” as being recorded between 1965 and 2009. I do not know which, if any, was the inspiration for Smith. Most any could have been, I suppose.

This show, more than any other I have been involved with, is the result of a collective effort. Perhaps because of the challenges posed by the virus and perhaps because the technologies were so new to us, there is no moment in the play, no line of dialogue, no camera angle, no prop that has not been considered and influenced by multiple members of the cast and crew.

The actors do not take bows at the end of this video as they would were it a live show. It is fitting that they do not. The show is not theirs alone. It is offered to you by cast and crew together. I hope you like it.

RAAC is offering this performance for free but donations will be greatly appreciated. You can donate online by clicking here.

On the day you want to view the show use one of the links below. You will need to create an account on the streaming web site to view this performance. You can also create it ahead of time by going to broadwayondemand.com/.

For either weekend you must finish watching by 11:59 PM on Sunday.

The RAAC production features four actors well known to the community and was produced by the same crew that produced The Gin Game, Arcadia, and Waiting for Godot. 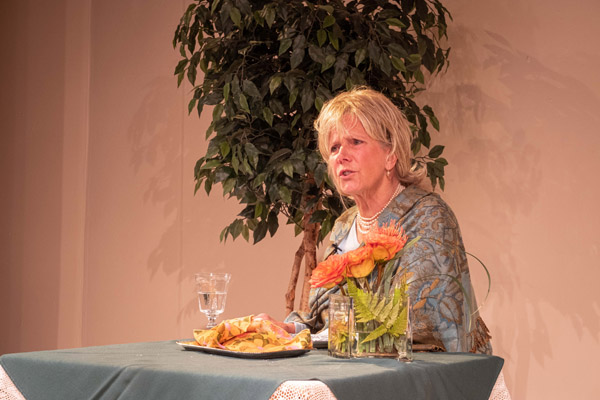 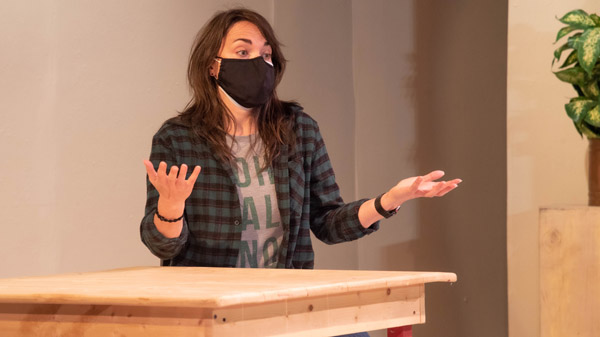 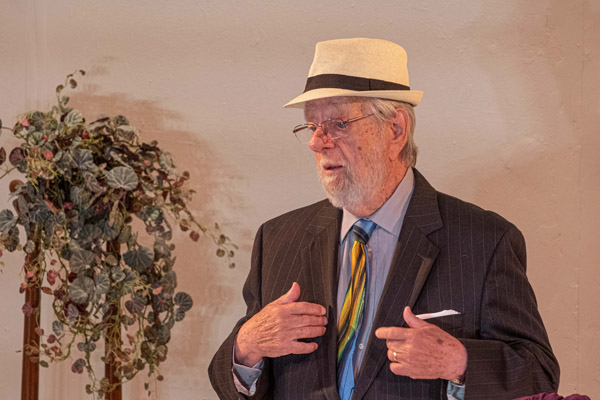 All photos by Ray Boc